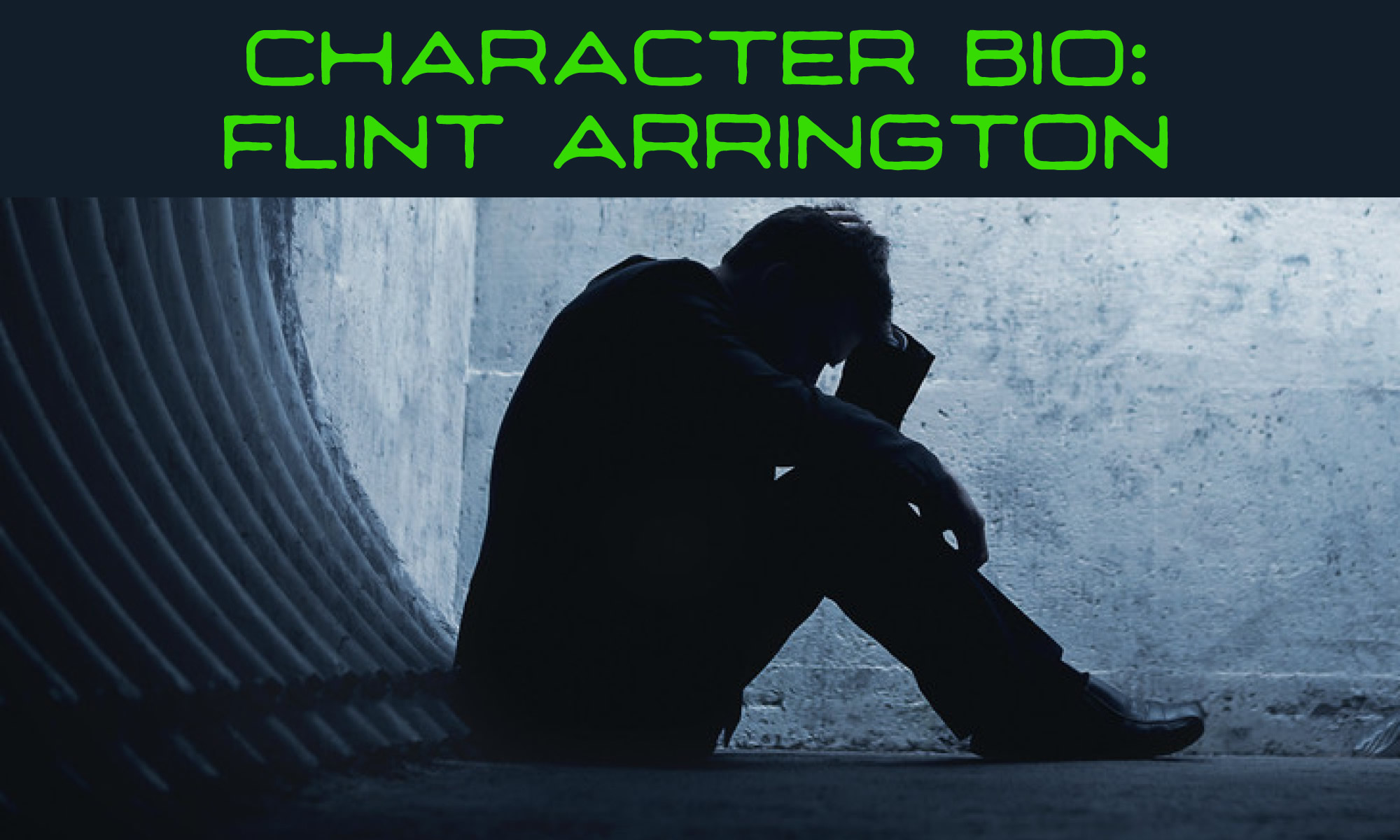 All Posts, Character Bios, Lightning on the Levee

A NATIVE OF THE DEEP SOUTH, FLINT ARRINGTON GREW UP IN A SMALL CITY IN MISSISSIPPI, the youngest of three children. His architect dad always placed a great emphasis on the children’s education and their future careers, encouraging all three to make a decision early about what career path they would take for their lives. He would sometimes be cold toward his children when they didn’t live up to his expectations.

Flint’s mother, a second grade school teacher, worked to enrich her children’s lives by making sure they were exposed to many and varied educational experiences.

As a child, Flint was strong-willed. Because their first two children were much more compliant, Flint’s strong will was difficult for his parents, and they didn’t know how to handle it. In his childish mind, he only understood that he wasn’t as good as his older siblings, and that bothered him.

Flint had many interests growing up, and his mother always worked even harder to nurture those interests in him, because he was less focused than his older siblings. She made certain that he learned in depth whatever subject he was obsessed with at the time.

In spite of his many interests, he never was able to decide what he wanted to be when he grew up, which frequently depressed and confused him. His relationship with his father faltered because of his inability to develop a focus toward a financially rewarding career that would win his father’s approval.

As a young teenager, one of Flint’s interests was airplanes, and frequently he would ask his mother to take him to the hobby shop to buy model airplanes for him to build. He would lie at night in his bed, looking up at all the tiny airplanes hanging from the ceiling in his room, dreaming of flying.

The father of one of his friends owned an air service, and Flint hung out with his friend there as much as possible, coming to love even the smell of the place. He learned everything about light airplanes, including building engines, wings, and other body parts. At sixteen, Flint Arrington finally got his pilots certificate, which was more important to him than getting his drivers’ license.

Flint’s love for airplanes is the only one of his varied and diverse interests that stayed with him through the years, and by the time he left for college, he could have built a small airplane from the ground up, if he had the opportunity and the materials.

In spite of that, he couldn’t see how he could make airplanes into a career. He didn’t think he would have the kind of success he wanted, and his father wanted for him, through airplanes, and he knew that owning an air service like his friend’s father had would not win his own father’s approval. So airplanes and flying would continue to be only a hobby for his enjoyment.

Flint Arrington met Roger Everett in the first grade. They formed an on-again-off-again friendship, until finally in their sophomore year of high school, Flint’s girlfriend dumped him for Roger. Flint was angry about it at first, but the truth was, it had turned out that he didn’t really like her all that much anyway, so it didn’t bother him to see them together.

Then, after several weeks, she dumped Roger for someone else. Flint went to Roger to rag him about it, and that’s when Flint and Roger’s friendship grew into a close, lifetime alliance.

Flint was smart, but still couldn’t decide where he wanted to focus. Nothing he studied at college seemed to be right for his career. Even changing majors every semester didn’t help. He struggled to keep up with the educational standards his older brother and sister had set.

Because of the struggle to keep up, and his own lack of focus, Flint began to use drugs. He went to college for almost two years before dropping out. Ashamed to go back home and live with his parents, he found a job at a local television station. The job was at the very bottom of the corporate ladder, but he worked hard to move up to the next rung, and the next.

During the next several years, Flint moved from one television station to another, always trying to be in a place where he could move up another rung on the ladder. He continued to use drugs, and became engaged to a woman he met through his drug dealer. When she broke their engagement to live with the drug dealer, he realized that he needed to stop doing drugs.

Flint got off drugs by himself, through sheer strength of willpower. He worked even harder at his television job, and looked farther afield for his next step up the ladder, finally landing a Program Director position at a large station in Memphis.

By this time, Flint’s brother had his Ph.D. and worked as a professor at a large university in another state. He was happily married with two small children, both of whom Flint loved dearly. His sister had her Master’s Degree, was married to a medical doctor, and expecting their first child. The pride in his dad’s voice when he talked about Flint’s older brother and sister had come to bother Flint. It hadn’t always bothered him, in fact, he was proud of them too, but he wondered if he would ever know his father’s pride in him. He didn’t think so.

In Memphis, he met a young woman who worked at the same television station as he, and they became engaged. Flint was finally feeling like everything was going well in his life, and felt that he could stand tall with his brother and sister without feeling inferior. But deep inside, he still felt like the black sheep of the family.

Then the television station got a new manager, who had different ideas about how to run the station. On the new manager’s second day, Flint and two other people were laid off. As Flint was being escorted from the station, he stopped to tell his fiancée about his layoff. She was dismayed, and turned a bad scene into a humiliating spectacle by pulling the ring off her finger and throwing it at him, screaming, “I’m not going to marry a man who can’t keep a job!”

Deeply depressed, Flint sat in his apartment for more than a week, drinking cheap wine and staring, mostly unseeing, at the television screen. Then he noticed the hurricane. Living in the Deep South all his life had made him very aware of a hurricane’s pattern on the weather radar and satellite images.

Flint watched for days as two large hurricanes off the coast of Africa merged, turning into a super storm which swept across the Atlantic in record time. He watched as it carved a path into the Gulf of Mexico, destroying Caribbean islands in its fury. The massive storm focused its eye on New Orleans, dragging along with it a 60 foot storm surge. The city was being evacuated, along with the towns and cities of the Mississippi and Alabama Gulf Coast.

By now, in addition to being depressed, he was also suicidal, and made up his mind to drive to New Orleans. His only question was, should he stand at the lake, or at the river waiting for the storm surge to wash him away?

“I’ll decide that on the way down,” he told himself as he packed an overnight bag.