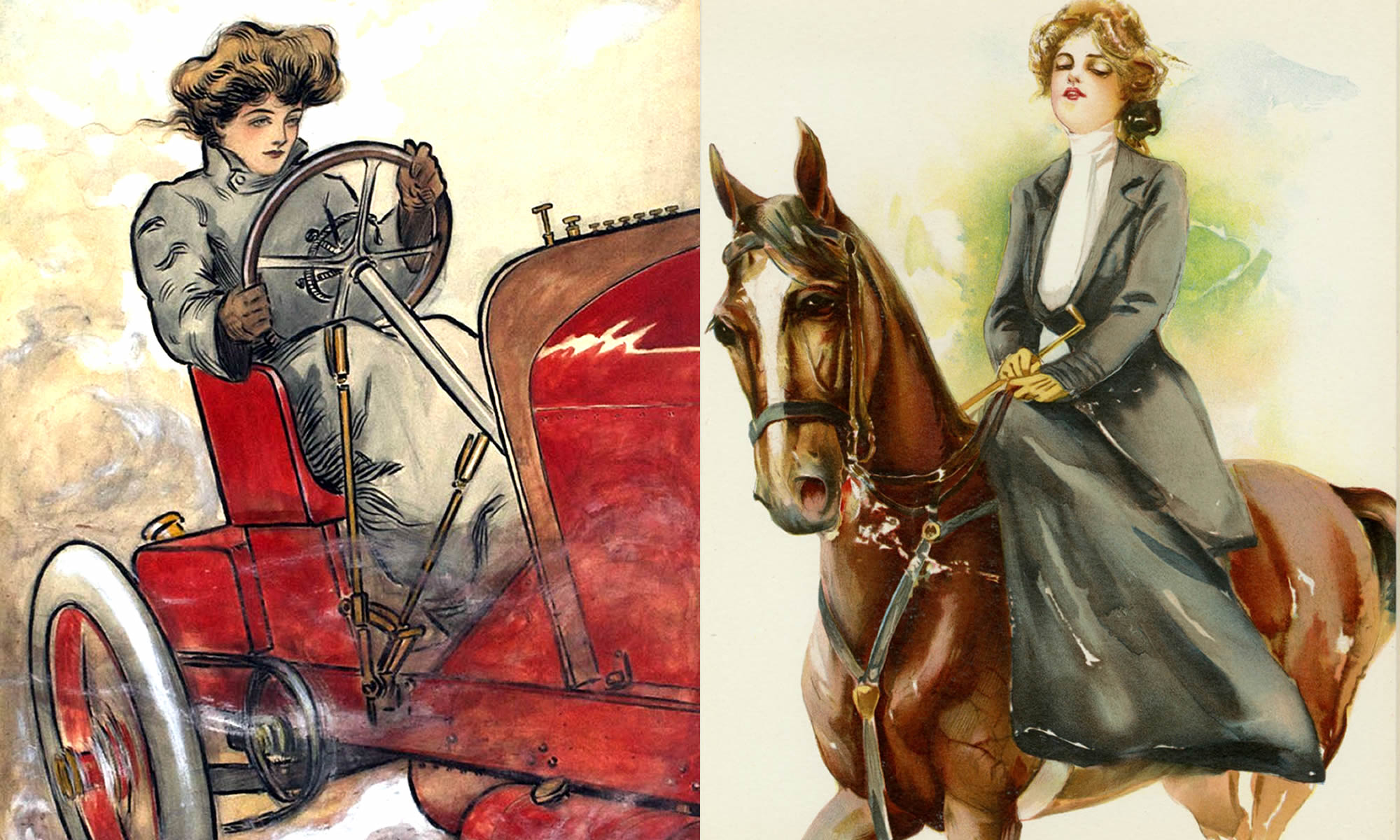 All Posts, History, Lightning on the Levee

IN LIGHTNING ON THE LEVEE, MOLLY B O’CONNOR WAS ABDUCTED IN 1908 (EDWARDIAN ERA) WHILE OUT FOR AN AFTERNOON WALK WITH HER FRIENDS.

When she arrives in our current time, she’s dressed in the same beautiful Edwardian Afternoon Dress she was wearing then. You can see a photo of the dress, a gift from her father, HERE.

Be sure and read “1908 Ladies’ Clothing Fashions – Part 1”, where I talk about the Edwardian period and La Belle Epoque, and Molly B’s typical clothing choices for daytime wear.

“1908 Ladies’ Clothing Fashions – Part 2” was all about lingerie. The mountain of undergarments she put on every day was mind-boggling!

Today I want to go through a day for a well-to-do Edwardian or La Belle Epoque woman. I don’t envy them for how many times they had to change clothes!

A Day in an Edwardian Woman’s Fashion

Ladies of the Edwardian period (unless they had household help) started their day off wearing a Morning Dress, which was basically the yoga pant of their time. The morning dress wasn’t meant to be seen by anyone but immediate family, and was worn while the lady was doing household or farm chores.

The morning dress had much the same silhouette as other dresses of the period, but was plain and unadorned and made from thinner, cheaper materials than their other clothing. No lady cared if her morning dress was fashionable. Frequently, an old afternoon dress might have the fancy trims salvaged from it before being used as a morning dress.

A Gibson Girl in her morning outfit. Image: turnofthecentury.tumbler.com

After her chores were done, she would put on nicer clothes. Her first day outfit is a tailored morning outfit, which she would wear to go out shopping or to meet a friend. Normally the morning outfit would consist of a Gibson Girl blouse in white or pastel, and a tight-fitting trumpet-shaped gored skirt in a dark color. The skirt would be high waisted, with the top of its waistband just under the bust, and ankle length. In colder months, a tailored jacket would be added, which ideally would be the same fabric as the skirt. High-heeled ankle boots finished off her ensemble.

This simple sporty blouse and skirt style was immensely popular, as it offered women a bit more freedom of movement than they had in earlier decades. During this time, women attending colleges increased dramatically, and the slightly shorter skirt and Gibson Girl blouse was the 1908 equivalent of today’s jeans and t-shirts.

The Edwardian and La Belle Epoque woman – the “New Woman” – dressed for a more active lifestyle than women of the Victorian era had. The New Woman campaigned for women’s suffrage, pursued higher education, got an office job, and participated in outdoor sports.

Tailored suits became more popular for women who worked in white collar jobs. The suits, which previously had been considered too masculine for women, now allowed them to blend into the male dominated office environments.

Because Molly B didn’t have an office job, she would return home for lunch after shopping and visiting with her friends. After lunch, she would change into her afternoon clothes – after all, she couldn’t wear her Morning Outfit in the afternoon!

There were several types of activities that a woman could pursue in the afternoon, so she had to have an assortment of afternoon clothes.

Perhaps Molly B’s afternoon activity was simply to go for a walk with friends, in which case she would wear her Afternoon Dress, which I talked about HERE. The Afternoon Dress was also called the “Lingerie Dress” because of its fine fabric and beautiful details that mimicked lingerie.

The afternoon was also the time for sports activities or driving. Previously, sports had been a distinctly masculine activity, but by 1908 feminists were familiar with the uplifting and educational qualities of recreational sports. So it was also possible that she would participate in some sort of sporting event, and her clothing had to be appropriate for the event.

There were dresses or skirts and blouses made specifically for fencing, bowling, horseback riding, tennis, bicycling, field hockey, golf, skating, swimming, walking, hiking, and any number of other activities.

The sports skirt was plain, with the hem six inches from the ground all the way around. In other words, no train, as most of her other dresses had. Petticoats were not worn, but were substituted with knickers made of the same fabric as the skirt, fastened snugly just below the knee, and worn with thick stockings. The shirt was loose fitting, and if she was on a sports team, the whole outfit must be in the team colors, including hats, ties, and belts. Some women would wear boots, while others preferred the lighter tennis shoes.

Enjoy these photos of women in sports during the Edwardian period:

Back at home by 5pm, the Edwardian or La Belle Epoque woman would finally remove her corset – at least for a while. (Yes, she played sports in the corset!) She would be able to slip into her Tea Gown, and lounge around comfortably, receiving friends and entertaining them informally for Tea. This was the one time during her day that she could finally breathe without the restriction of the corset.

The Tea Gown was a regular part of a woman’s wardrobe outside of home, too, as the location of Tea might be outside on a porch or in a garden. She may also go to a nearby friend’s home for Tea wearing her Tea Gown. The dress draped the figure loosely, falling in graceful folds, and was made of white eyelet or cotton lawn, with embroidery or lace inset into sheer fabrics. Of course, it usually had a train like all her other dresses. And during fall and winter the tea gowns were heavier and were darker colors.

Summer and Winter Edwardian Tea Gowns. The summer one would be worn with a chemise under for modesty. Images: metmuseum.org

By 8pm the Edwardian or La Belle Epoque woman has to put her corset back on for evening – after all, she has an event to attend! She might also put on fresh lingerie, and would definitely change her stockings from her heavier cotton daytime ones to the pretty embroidered silk stockings meant for evening wear.

Evening dresses were the finest dresses in a lady’s wardrobe, and were usually flamboyant and provocative. The fabrics were thinner and finer than that of the Afternoon Dresses. They were made of very fine luxurious and sensual fabrics such as silk, satin, and light taffeta. Sleeves were shorter and bodices were cut very low, to allow an overt display of jewelry and bosom.

Evening dresses were even worn at home, when there was no special occasion to attend.

Most evening dresses were fairly similar in style, with the level of embellishment indicating the type of event on the calendar for that evening.

When a lady attended a ball, her evening dress would be trimmed and embroidered abundantly, with the intention of catching the limelight as well as the eyes of her gentleman escort. Frequently the ball gown was actually two gowns, with a sheer gown worn over another. In this case, the top gown would usually be much shorter than the bottom gown, allowing the beautifully colored and highly embellished hem of the bottom gown to show.

Opera gowns and dinner dresses were simpler in design, as they were not meant to be as impressive as a ball gown. The fabrics were just as fine, and the cut was about the same, though it might not show quite as much bosom. The main difference was that the embellishments were not as abundant.

1908 Evening Cloak made of silk and fur. Image: metmuseum.org

And of course, going out in the evening meant that a lady must have a cloak or cape for the cooler temperatures of the evening. Etiquette books advised ladies making up their trousseaus to ensure they had at least 2 or 3 evening wraps (capes) among their purchases.

A wide range of fabrics were used for Cloaks and Capes, including wool, figured cloth, wool Melton, satin, silk, pleated chiffon, velvet, velveteen, bourdon lace, lace, moiré, taffeta and mourning crepe.  They were trimmed to perfection with passementerie, beading, ribbon, lace, fur, Russia Soutache cord, appliqué, braid and cutwork. The trim would typically be around the edges and neckline. They would be beautifully lined with silk, either quilted or plain, and have one or two secret pockets inside.

Cape lengths varied from short, barely covering the shoulders, to full sweeping floor length cloaks, and a high collar was especially fashionable, in addition to being warmer.

The Edwardian lady, who was regarded as the social representative of her husband, had exquisitely beautiful clothes. A man wouldn’t want others to think ill of him because his wife was poorly attired!

Which one of these clothing items that I’ve talked about today would you want? Tell me about it in the comments below. My choice would be a beautiful embroidered velvet cloak [but probably not in red 🙂 ].

I have one more 1908 Ladies Clothing article planned. Hair! Accessories! Makeup! Watch for that post – it will be fun!

So are these Edwardian Roller Skates:

Thought I’d throw this photo of 1910 roller skates in here just for fun. Check out those inflatable tires. Image: turnofthecentury.tumblr.com